Vets Who Had No Trouble Minding Their Own Business

Hey, boys and girls on this Veterans Day..

I know none of us cats are veterans of any conflict or war, but we have in our circle of friends and family a whole bunch of veterans representing the different branches of the military. The housekeeper talks about how all the branches are represented in her family except for the Coast Guard..I better be careful! She might put me in a uniform and throw me on a boat!

We want to honor those who served our country, but we also want to do something different this Veterans Day. Just a few minutes ago, we found out that about half of returning veterans after WWII went into business for themselves. Most of the time it was a bunch of them who got together and brainstormed. Along with that, we heard it was really tough to get back in the swing of civilian life after harrowing experiences overseas. They did make lasting friendships, though, with those who shared so much and still do so today.

Here's the article that lets us take a glimpse into the world of post-war entrepreneurships (sp?):
https://www.businessinsider.com/companies-started-by-military-veterans-2016-11 including Sam Walton's idea of a discount store...its name escapes me, hahaha!!

So hats off! For some, it'll be wallets out as we support those who decided to strike out on their own
after doing their country proud. 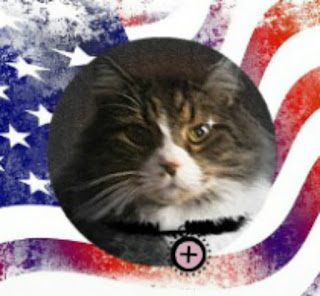 Proud to be an American
and God bless the USA,
Tom

Tom, a good good blog! I didn't know that about going into business, the returning Vets who did. I will read the article you provided.

pee ess I love your profile picture and that black hat on you!

For some veterans returning to civilian life, that lack of comradeship is really tough, but there are groups who will match a veteran with a companion dog, so the person doesn't feel so isolated. My father and his two brothers served during WWII, and his other brother was a merchant marine. My cousin and bro-in-law were in Vietnam. We are proud of our military heritage!

Thanks to our Veterans, heroes one and all, we appreciate you!

Thank you to the veterans of all our countries.

I am thankful to all who serve.

That was a fun article. Our mom thought of yet another -- a now-defunct discount department store chain in and around in NYC called EJ Korvette (Eight Jewish Korean War Veterans). We're sure there are many, many more, too.

We salute all our veterans! They are true heroes.

We, too, are mighty grateful for the brave service men and women who serve so that we can be free!