A heavy question, boys and girls!

Because we don't react, people don't think we take in anything. So wrong, right?

Anyway, this weekend I heard this ridiculous debate between guises and disguises. This went on and on in the rectory den between Jack and Will. What's the difference? Even though I was napping behind Will's head, I finally became so disgusted with hearing about it, I mumbled, "Oh, shut up!" Will got the giggles and Jack wondered what that was all about. The younger priest said nothing.

Disguises, of course, is when we hide behind something and people don't know who we are. Like so: 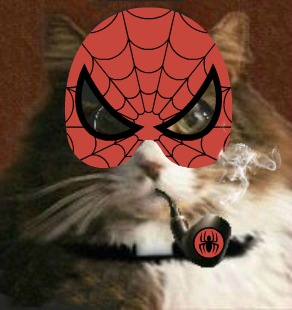 You didn't know this was me at first, did you? Of course not. *wink wink*

Now, guise without the "dis" means...wait, I have to look it up cuz I forgot. Okay, let me get past the words groin and guinea fowl.and hackney. Now I've gone too far...

Here it is: guise means "assumed behavior." So the man was acting in the guise of a detective, although not a detective in reality. But, you knew who he was.

Anyway, I hope I'm on the right track relating all of this. The two priests mentioned the housekeeper and the graphics she's created around me. These, I think are guises since I'm not hiding:


Here I'm acting as one of General Washington's men: 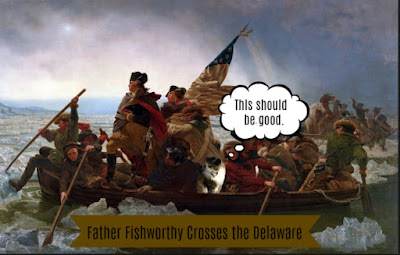 And, here I am once again in disguise: 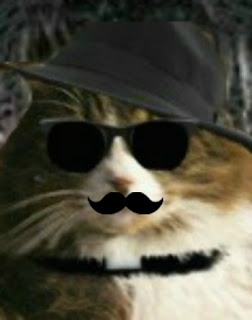 And, finally, there's always Lucy in disguise with diamonds..teehee:
(which is how the whole stupid conversation ended, with everyone laughing, including me!)

So, my friends, keep your ears peeled and have a great week. Don't eat anything that smells suspicious and look for those hands with long nails for a most heavenly scratch.

Blessings,
Tom
Posted by Fr. Tom Fishworthy at 4:28 AM

Your disguises sure gave me the giggles!

Thanks for that, Tom. Now we know the difference between guise and disguise. Since we don't like wearing stuff...we'll stick with guise.

Rumor is, that John Lennon wrote "Lucy..." while on LSD...so, methinks you all were into the nip or some adult beverage when this conversation took place! Check out my post about Bob Dylan...and the use of 'extracurricular' stuffs!
https://eastsidecats.blogspot.com/2018/06/everybody-must-getcats.html

Those two words are confusing, and thanks to you, we'll always remember the difference now!

I never really knew the different between guise and disguise. Thanks to you, Tom, now I do! :)

Luckily my momma grows her nails purrfect for scratchin!

Thanks for clarifying that! Sometimes we think our mom operates under the guise of an organized person.

Lucy in disguise with diamonds ... MOL!