Writing Romance in the Company of a Cat I was trying to remember how I got to the police station. I know I was pulled over, which scared the living bejesus out of me, but the cop was very nice. The only thing was, I didn't have any of the paperwork my dad would always scold me about losing. That's all I remember. Did I drive or did I go with the officer?

(cat tears through room, trilling and talking to itself)

He now stood before me in a small waiting area. The station was quiet and he was ready to head back out on patrol.

"Your car's outside," he said.

"Oh, it is, okay." I can't say I was overly miserable with this turn of events. Here was a handsome man in uniform, young, smiling and very accommodating. I wasn't that upset any more. I was almost disappointed to have my little adventure end. 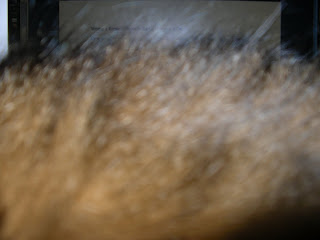 He seemed to want to say something else, but hesitated.

"No." He paused. Then, he gave me a look that suggested an invitation, a hormone-driven, ready-to-explode invitation. His eyes looked into mine and I couldn't breathe. 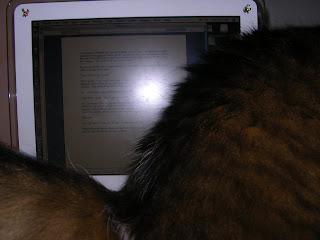 I wanted to say something, but found myself glancing away. I was afraid of his eyes. I knew they would be looking into mine again when I returned my gaze to his.

I followed him out the front doors and down the steps to my car which I had parked off to the side. He reached for the doorhandle. As I was about to get in, he touched my sleeve.

(cat jumps down and goes to bowl of dry food)

"Can I ask you a question?" I was just inches from his face, the car door like armor between us. I said, "Sure."

"Would you mind if I called you?"

He ran his fingers through his hair, black in the station floodlights, his eyes now cast in shadow but still seeing through me.

"I'd love that," I said softly, pretending not to notice a gold wedding band and lips that I was only bound to enjoy in my dreams.

My look told him, so would I.

(cat leaves the room--it is peaceful)

I sat inside my vehicle as he shut the door. I rolled down the window. He leaned in and surprised me with a kiss on the cheek.

(cat enters cat box down the hall, scraping is heard, litter flung to the side)

I had just fallen in love. Hard.

As he walked away, I watched him. Oh, my.

He waved as I drove out of the lot.

I have no choice but to leave my attempt at romantic fantasy as the most noxious of fumes wafts toward me. I cannot believe this is happening. I am forced to drop what I'm doing and clean the box.

Cat has made it quite clear what he thinks of romantic notions and pulsing hearts! 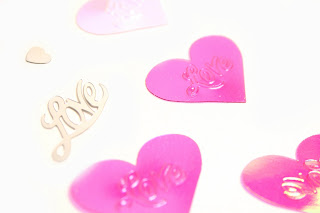 hahaha so exciting, ohhhhh my.
Sorry about the stink.
I especially like to make a poop when mom has friends over. Lots of digging and covering Then I come downstairs and show every one how I got some on my tail- every one treats me like I am toxic or something. Mom has to stop what she was doing and clean me up, then she can't remember what she was doing before.
Miles just flings drops and runs.
Your story is great fun! perhaps you could draw some pictures too :-) :-) :-) :-)

Pierro, you are so funny! I had such a fit with this post as it was :) probably because my paws had to dance between italics and regular type.
I would love to draw pictures if I could draw!

Julie says....Obviously I got mixed up as to who wrote the story and who "edited" it! Hehehe! Has that ever happened to anybody else?

My mama had to stop in the middle of reading this post to clean the cat box!

My favourite litter box emptying time is in the wee (no pun intended) small hours when it is freezing cold and I can't find my slippers.
Then when I get back in bed with freezing toes the culprit always goes and sleeps elsewhere so they don't have to warm them!!

WOW - I wants to read more of dat romantic love story. It was just getting to the good part - darn cat!! ha ha

MOL, cats know just how to get attention when needed. Whenever I sit down to the computer, some cat wants out or in or something to eat.Great story.

It's our little way of saying "I love you".

Actually I was enjoying the passage until the commercial for Tidy Cat!

Oh Tom, isn't it annoying when your human is messing around with the computer and not paying ANY attention to you? The efforts one has to make to get her up!

Hm. Now that I think of it, maybe this is why my litter box is in the bathroom across from her boyfriend's music room instead of anywhere near her office.

: ) Thank you for great smile, Father Tom
I'm just found your blog, and really nice to meet you.

Oh my gosh, this is hilarious!! Isn't it funny how they are no where to be found when you're not doing anything, but they are suddenly busy little bees when you're trying to concentrate on something (or sleep)? I think my 2 girls crack themselves up sometimes at their own antics.